Capital Xtra Reloaded, is a Global-owned radio station based on Capital Xtra that broadcasts from Birmingham, nationally on DAB Digital Radio, on the Global Player App, on Smart Speaker and Online. Its output consists primarily of hip-hop, dance, garage, R&B and grime classics from the 1990s and 2000s.   Global Radio announced in July 2019 that the station was to start broadcasting later the next month. Capital XTRA Reloaded launched on 2 September 2019. At launch the station had one presented show each weekday, a four-hour midmorning show presented by Sacha Brooks. The number of presented programme hours has since been increased: an early afternoon slot on weekdays with Capital Xtra drivetime host Mike Panteli has been added; Ras Kwame has taken up Saturday and Sunday mid-daytime shows in addition to his duties on the main station; and in October 2020 former Choice FM presenter Jigs was added to the schedule with a one-hour slot on Sunday to Thursday evenings. 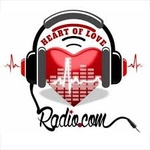